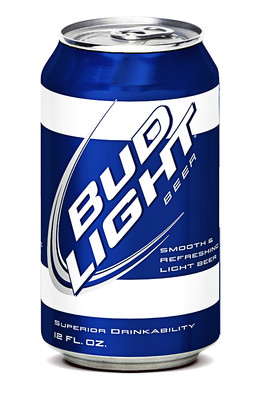 Budweiser’s new marketing campaign of painting Bud Light cans with college-team colors has come under intense scrutiny not only by the FTC but by the campus crowd Anheuser-Busch InBev NV was hoping to attract.

The number one selling beer in America is no stranger to controversy.  Budweiser has come under fire in the past for ad campaigns that appear to target underage drinkers.  The company pulled spots featuring the fictional dog Spuds MacKenzie back in the 1980s and a decade later had to cut short the ad campaign of the Budweiser Frogs.

While the campaign may come off as socially irresponsible, Budweiser undoubtedly will sell more beer. Will it fuel the fire of binge drinking and campus frat parties?  Maybe, but that remains to be seen.

The reality is that there are so many messages floating in consumer cyberspace it is very difficult for marketers to cut through the proverbial clutter.  Kudos to the King of Beers for creating an innovative and timely campaign that is building big buzz.

But being smart doesn’t make it right.  While the corporate communications department at Anheuser-Busch is busy fending off sharp criticism, the Bud Light brand will probably go unscathed and only surface stronger and more connected to its core audiences.  To all those responsible for making the campaign happen, this Bud’s for you.