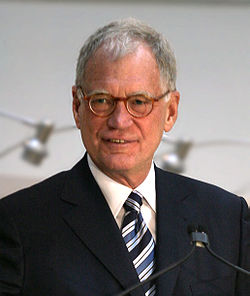 Mystery still surrounds the extortion case of David Letterman by veteran CBS producer Robert Halderman, who allegedly tried to blackmail the “Late Show” TV host for $2 million.  Halderman was busted earlier this month during a sting operation involving the Manhattan D.A.’s office, when he tried to cash Letterman’s phony $2 million check, after threatening to write a tell-all screenplay about the late night host’s sexual affairs with women staffers.  Halderman pleaded not guilty and is awaiting trial on $200,000 bail.

While Letterman’s immediate on-air confession was well received by “Late Show” viewers and media hawks, it undoubtedly came at much embarrassment to his wife, Regina Lasko, who dated the TV star for 20 years until they were married in March. Letterman was not married to Lasko when these affairs took place.

There also has been talk of sexual harassment, although no former women colleagues have filed any reports of misconduct against Letterman and his production company, Worldwide Pants.

Maybe it’s more like sexual favoritism.  Civil attorneys say that Letterman was in a position of power with the hiring, firing and promoting of staff. Apparently former staffer Stephanie Birkitt, who had an affair with Lettermen while dating Halderman at the time, appeared on several “Late Show” skits, giving her career national exposure.

Many of Halderman’s friends and colleagues are dumfounded by his actions, although some say jealousy is to blame.   No matter what the reason, recent events make great fodder for late-night television, unfortunately at the expense of personal lives.  CBS has suspended Halderman indefinitely.

Aside from making an amends to his wife, and digesting a few parting shots from other comedians and late-night hosts, Letterman pretty much went unscathed.  Ratings for the show are up and sponsors are staying put.  Not too bad considering the competitive environment of late-night television, especially as new shows like “The Jay Leno Show” seek to gain market share.

Is all this good for CBS?  At the end of the day, it’s about ratings and advertising.  Both Letterman and CBS are reasonably ok for the moment.  Although that all can change.  We may see a shift among “Late Show” fans from compassion to anger, if the courts find that Letterman either took advantage or gave preferential treatment to select women staffers.

CBS however needs to distance itself from any accounts of sexual harassment and sexual favoritism and leverage its fair and equal workplace policies.  It’s more about perception right now than fact, and CBS needs to change public opinion, albeit fairly quickly.   Otherwise, viewers may stop tuning in and sponsors may eventually jump ship, but that’s an extreme case.   We’ll just have to wait and see.