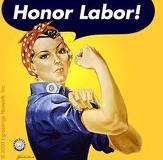 America this Monday will celebrate its 119th Labor Day, which according to the country’s Department of Labor, is dedicated to the social and economic achievements of U.S. workers.

No doubt the American labor movement has improved the quality of life for millions of citizens desiring a fair wage for an honest day’s work. While the influence of unions has changed over the past several decades, organized labor undoubtedly is a key driver to the success of this national holiday.

The spin out of Washington these days is jobs, jobs, jobs as the country struggles to get back on track. But with many Americans still out of work and a national unemployment rate hovering around nine percent, this Labor Day is riddled with a gloomy irony.

As Congress returns from its August recess, legislators will have to answer to why they took the month off when key economic proposals have yet to be resolved. This move by the legislative branch has created much animosity among the American public and business community.

Labor Day to most people in the U.S. however seems more about beaching and barbequing than celebrating the American worker. While there has been minimal messaging among politicians (and some business organizations) about the true meaning of Labor Day, advertising mostly is about sales and getting the best retail deals, which coincidentally helps the economy.

Although there’s no real momentum to change people’s perception of the true meaning of Labor Day, Americans need to embrace the holiday with renewed fanfare. A simple tweet or Facebook post might help fuel a grassroots campaign igniting a new passion celebrating the American worker. Otherwise, check your local listings for Labor Day sales.