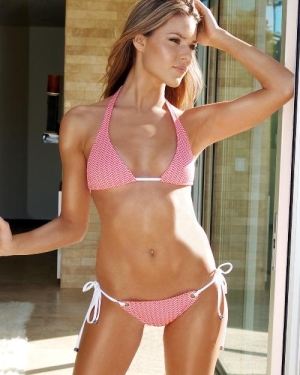 There is such as thing as bad publicity.  Bad is bad.  It’s that simple.  There are some rare exceptions however, such as in the case of Miss California USA Carrie Prejean who recently lost her crown for apparently neglecting contract obligations.

Prejean first attracted national attention during the 2009 Miss USA pageant when she said she does not believe same-sex marriage should be legalized. She was runner up to Miss North Carolina Kristen Dalton who won the crown.  She later gained further notoriety when sexy photos of her were published on the Internet but pageant co-owner Donald Trump said they were not in violation of her contract.

How is all this good?  It isn’t really. But more established brands such as Miss USA can actually transform itself through various trials and tribulations. The world keeps changing and so do people.  Brands need to adapt to these changes.

Recent events may be cause for a Miss USA brand makeover or modification.  No longer can people expect beauty pageant contestants to be perfect individuals regardless of how apparitional the brand may be.  Honest and unbiased opinion is a refreshing switch from scripted, vanilla responses.

America is obsessed with realism. Just look at the success of reality TV.  We want real talk and real people.  We want this with from politicians and have learned to accept their shortcomings.  Pageant organizers may look at the “marriage” question as wake up call to create a more realistic, updated brand experience.