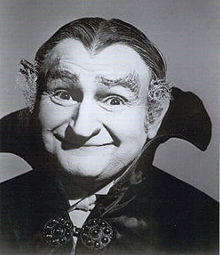 Older Americans increasingly are using social media like Facebook to share links, photos, videos, news and status updates.  The Pew Research Center recently found that social networking use among internet users ages 50 and older has nearly doubled over last year (up from 22% to 42%).

This is no big news since social media has been around for the last five years, a relatively long time as new technologies these days keep pace with changes in the weather.   The reality is that social media is here to stay as more Americans get their news and information from the Web.

Corporate America however is chomping at the bit.  More consumer groups online means more opportunities for companies to engage with new and existing customers, theoretically resulting in better bottom lines, although social media may be viewed more as an intangible tactic.

Brand building is paramount to the success of business entities or any organization for that matter.  Publicly traded companies are now moving into the social media fray for their investor relations, albeit slowing as they learn to navigate new SEC rules and regulations.

As older Americans engage consumer brands online, it’s inevitable that they’ll do the same for stocks.  Even though social media might be the two most revered words in corporate America today, business organizations need to embrace these new media platforms.  If not, grandpa and grandma might be tweeting about them in the not too distant future.