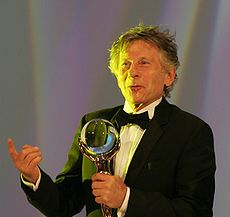 Much has been reported over the past three decades about the infamous director Roman Polanski, who pleaded guilty in a Los Angeles courtroom in 1977, but then jumped bail and fled to France to escape sentencing for statutory rape.

Polanski recently was arrested in Switzerland, where he had gone to receive a lifetime achievement award by the Zurich Film Festival. The French-born, Academy Award-winning director is known for films like “China Town” and “Rosemary’s Baby.” His arrest was made at the request of the U.S. Justice Department.

Many Hollywood icons have publicly supported Polanski, including Whoopi Goldberg and directors Woody Allen and Martin Scorsese, among others. Studio head Harvey Weinstein, who believes Polanski should be immediately freed, was quoted in the director’s defense saying “Hollywood has the best moral compass, because it has compassion.”

Transcripts of grand jury testimony tell a graphic story of how Polanski used drugs and alcohol to sexually assault and sodomize a 13-year-old girl. Not Hollywood’s finest moment, but certainly typical of the movie scripts from which motion pictures are made.

The reality is that Polansiki committed a lewd and gruesome crime, regardless of the girl’s innocence or lack thereof. Hollywood is right to protect its own kind, but must resist the impulse of knee-jerk reactions. The film industry also must be careful not to alienate itself too far from mainstream America, which coincidentally despises the actions of the critically acclaimed movie director.

Now may be a good time for Hollywood and its minions to check its own ‘moral compass’ and gauge the full impact of its actions regarding Polanski. If not, mainstream America may take its revenge at the box office.