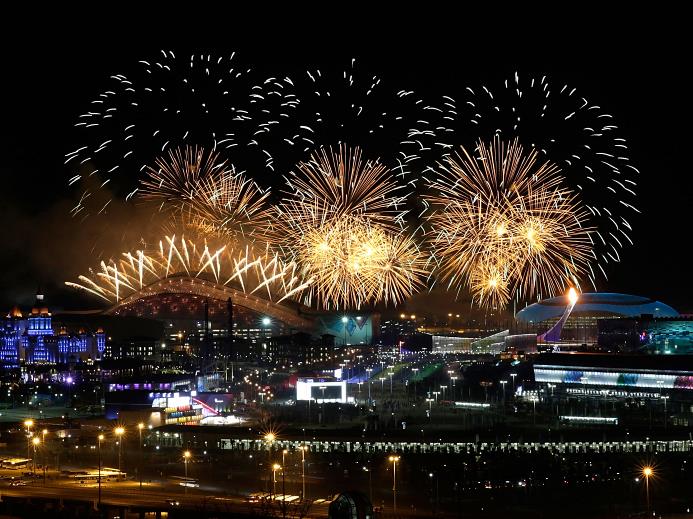 It’s just a few days until the XXII Olympic Winter Games will come to an end and the world will then turn its eyes away from Sochi as host to the 2014 Olympiad.

Russian President Vladimir Putin forked up nearly $50 billion to make Sochi Olympic-ready, apparently spending more on infrastructure improvements than all the Olympiads combined.  To most outsiders, the move seems somewhat impetuous given Russia’s slowing economy and areas of poverty.  However, many hosting countries see the Olympics as a huge business opportunity and branding campaign.


Rightly so, but is it working?  The final payoff has not yet been tallied, but the event certainly provides a worldly stage to tout Russia’s key attributes, whether it’s the people, natural resources, or the products and services the federal semi-presidential republic offers.  For Putin, it is Russia’s new deal, a reborn and growing economy with renewed promise and hope.

Much of the world, however, have unfavorable or mixed views of Russia, at least according to the Pew Research Center’s 2013 Global Attitudes survey.  People in only nine of 38 countries surveyed say they have a positive view of Russia, while 43 percent of Americans express a negative opinion toward the former Soviet Union powerhouse.  These attitudes are dwarfed by recent worries of terrorist attacks, as well as deadly riots in the Ukraine, which apparently are a result of Putin’s alleged influence over that country’s economy.

Still, positive stories about Russia continue to emerge as picturesque views of Sochi’s mountainous landscape provide great visuals for this new narrative about a stodgy regime transforming itself into a 21st century economy.  This concept seems mostly driven by Russia’s people, at least according to one story that recently aired on American national TV about Moscow’s bustling new economy, where a person interviewed said, “Nothing is allowed in Russia, but everything is possible.”  Seems like the unofficial tagline for today’s Russia, don’t it?

It’s a pretty safe bet that hosting the Olympics will yield some kind of positive results for Russia, not including its medal count, however, especially given the disappointing loss from its men’s hockey team who were defeated by Finland 3-1.   While Putin had high hopes for bringing home a medal in men’s hockey, he continues to be engaged in these Olympics, promoting the country’s goodwill and hospitality while staying on message.

No doubt Putin will leverage this Olympic buzz both from a political and economic perspective, portraying Russia in a favorable glow.  Actually, the $50 billion spent on the Olympics is a relatively small price tag when compared to Russia’s $2.7 trillion economy, so it’s probably money well spent, although it may take much more than money to manage negative perceptions when it comes to Russia’s tough anti-gay laws.