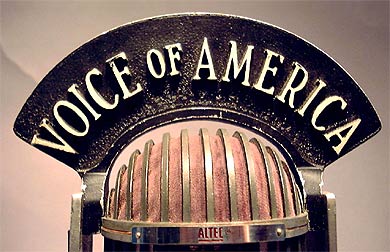 Civil unrest in the Ukraine was escalated this week by a Putin-backed Russian invasion, less than two weeks after the Sochi-hosted XXII Olympic Winter Games came to a close.

Russian President Vladimir Putin asked his country’s Parliament to approve the military action in Crimea, a clear violation of Ukraine’s sovereignty, propelling President Obama and the United Nations to act, either militarily or with economic sanctions, including possibly removing the former Soviet Union leader from the G8 forum of leading industrialized democracies.

Putin’s actions come at a time when the world have unfavorable or mixed views of Russia, according to the Pew Research Center’s 2013 Global Attitudes survey.  More importantly, recent events in the Ukraine overshadow any favorable publicity Russia may have generated during the 2014 Olympiad.

While it is unclear how events in the Ukraine will play out, there is one movement that seems to be gaining traction throughout the world: protest.  Maybe it’s just perception or the rise of social media, which enabled Egypt’s rebellion that ousted two corrupt governments and spawned the awarding-winning documentary, “The Square.”  Heck, it was anti-government protesters just weeks ago that helped expel Ukraine’s President Viktor Yanukovych, one reason for Russia’s current involvement in that country.

From the Arab Spring to Venezuela, people are protesting for change, whether it is to improve human rights, achieve better economic conditions or gain new leadership.  Is it Western influenced propaganda driving these actions?  Probably not.  Long gone are the days when leaflets were dropped from airplanes to influence change, such as with the Japanese during WWII, although radio proved to be a very effective medium in psychological warfare.

Looking back more than two centuries ago, it was Thomas Paine’s “Common Sense” that helped ignite an American revolution.  This pamphlet at the time was read by more people per capita than any other book published in American history.  Many believe it’s the greatest piece of propaganda ever written.

Today the Internet is the vehicle used to drive change.  Rebellion can come in the form of a tweet, post or even a blog.  Either way, the power of protest is alive and well, and spreading globally.