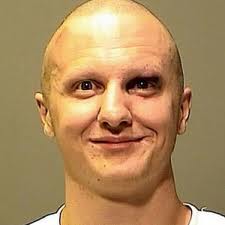 The media spin around the tragic shooting in Tucson last week was that the actions of alleged gunman Jared Loughner were fueled by the harsh talk among politicians and political activists regarding jobs, the economy and healthcare.

Congresswoman Gabrielle Giffords (D-Arizona) was shot in the head during a regularly scheduled community event which led to the senseless shooting of 19 people that left six dead. Giffords is recovering after several surgeries.

Recent events have created a subdued mood in Washington as Congress this week gets set to debate the repeal of the health care reform bill that passed last year along partisan lines.

Coincidentally Giffords was one of many health care reform proponents that were victims of violent acts.  She also was a target on Sarah Palin’s infamous Facebook page that put gun scopes over Democratic congressional districts that supported healthcare reform.

Palin’s rhetoric at the time undoubtedly was militant as she used words like “crosshairs,” “fight” and “aim.”  The former Alaska governor has taken severe criticism this week as she defended her Facebook page while upping the party rhetoric rather than calling for peace saying “they can’t make us sit down and shut up.”

Palin is not entirely at fault. The reality is that the media landscape has shifted to opinion-based news programs with Fox and MSNBC splitting the political divide even further.   Palin only adds to the fodder surrounding each network’s news coverage.  Successful ratings prove that this business model works as viewers tune in to the rhetoric and quite frankly, tune out to unbiased news reporting.

Rhetoric doesn’t kill, guns and people do.  Loughner is deeply distributed suffering from schizophrenia, a debilitating mental illness if not treated properly.  Whether or not he acted because of the high drama political landscape can be debated either way although most people feel this was an isolated incident.

That’s not to say media aren’t responsible.  The Internet and cable have made “news” accessible to more people than ever before 24 hours a day, seven days a week.  The blogosphere too has added to opinion-driven news, all trying to capture more eyeballs.  The more eyeballs, the more adverting.  It’s very simple.

The new media landscape won’t change anytime soon.  Aggressive rhetoric will also continue as pundits and politicians look to grab headlines separating themselves from sound bite clutter.  Change will only come when the news appetite of viewers, readers and listeners shift from sensationalism to factual.  That’s easier said than done.