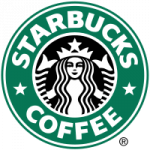 A few weeks have passed since Starbucks VIA™Ready Brew, the company’s new instant coffee, made its North American debut. Starbucks introduced its on the go coffee, amid high hopes from its CEO and founder Howard Schultz, along with declining revenues and same-store sales.

So sure that VIA will change the way people drink coffee and where they enjoy it, the Seattle-based company launched the Starbucks VIA Taste Challenge, where customers can savor Colombia Starbucks VIA next to fresh-brewed Pike Place™ Roast and decide which one is the instant coffee. Free java and VIA coupons were given to participants.

Many Starbucks fans would be hard-pressed to trade in their brewed coffee for a quick cup of instant joe, but the company says VIA is made with a proprietary, U.S. patent-pending microgrind technology, and the highest-quality, ethically sourced 100% Arabica beans.

Being able to tell the difference between brewed and instant is not the issue here, although any regular Starbucks customer should be able to recognize both types of coffee, some just by using their sense of smell. The reality is that Starbucks is in danger of commoditizing its own brand experience, which ironically has become watered down.

What is the experience? For starters, a good cup of coffee. It’s also the aroma upon entry and the barista who takes your order. Customers can take the coffee to go or sit down at a table. Folks can read a newspaper, work on a laptop, and chat with a friend or have a business meeting. The cup is even part of the experience. These are just a few elements of what people come to expect at Starbucks.

Can you take this experience to go? Not likely. Brewing your own Starbucks coffee at home is not the same, but at least you’re getting a good cup of your favorite blend. This may not be the case with VIA, although it remains unclear whether or not Starbucks instant coffee will catch on with customers.

It’s no wonder Starbucks is looking to kick start sales with the launch of VIA. Analysts are predicting continued sales drops as the company will release its 4Q earnings on Thursday. Starbucks was right in adding peripherals to the experience, such as food concessions and even music. But when the core product is threatened, like coffee, that’s when big risks are taken and the experience is ultimately changed.