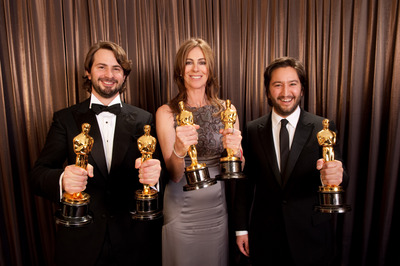 Just imagine the drama setting upon the Academy Awards in 1939 when three great films were among the nominees for Best Picture: “Gone with the Wind,” “The Wizard of Oz” and “Mr. Smith Goes to Washington.” The film about a love affair between Scarlett O’Hara and Rhett Butler during the American civil war eventually won the coveted prize that year, along with seven other Oscars, including Vivien Leigh for best actress.

Flash-forward 71 years to the 82nd Academy Awards, far short of the drama in 1939, but filled with much spectacle of glitz, glamour and entertainment. Some would argue that perspective however, describing this year’s event as dull and lackluster.

Lots of journalists have covered the dichotomy of the Academy Awards: a serious awards show mixed with Hollywood styled entertainment. The reality is there aren’t always great films nominated. This puts the Board of Governors at a quandary: How to make the show exciting for a TV audience of 40 million viewers?

One solution to this dilemma was to increase best picture nominees to 10 films, up from five in previous years. While this broadens the field and sheds light on more independent, smaller budget films, the expanded list may serve as a detriment, creating a larger pool of so-so films rather than a few really good ones.

Is it working? It’s too early to tell. The new system however opened the doors for “The Hurt Locker” to win best director and best picture, a film not seen by many people and grossed less than $30 million since its release last June. There was some drama however, as Kathryn Bigelow won for best director, the first for a female, beating out her former hubby, “Avatar” director James Cameron.

Aside from a few snafus, the Academy Awards was a success, topping its largest audience in five years, no small feat in a year with very few great films competing. They must be doing something right. And with more people watching, there’s more money for advertisers, which is always a good sign. Whether much of the night is a performance, and all the actors are playing their parts, there are always some instances of true sincerity and unexpected surprises. This is real reason why so many people continue to watch the Academy Awards over the past eight decades, mostly to see what happens next. That’s drama, and that’s Hollywood.