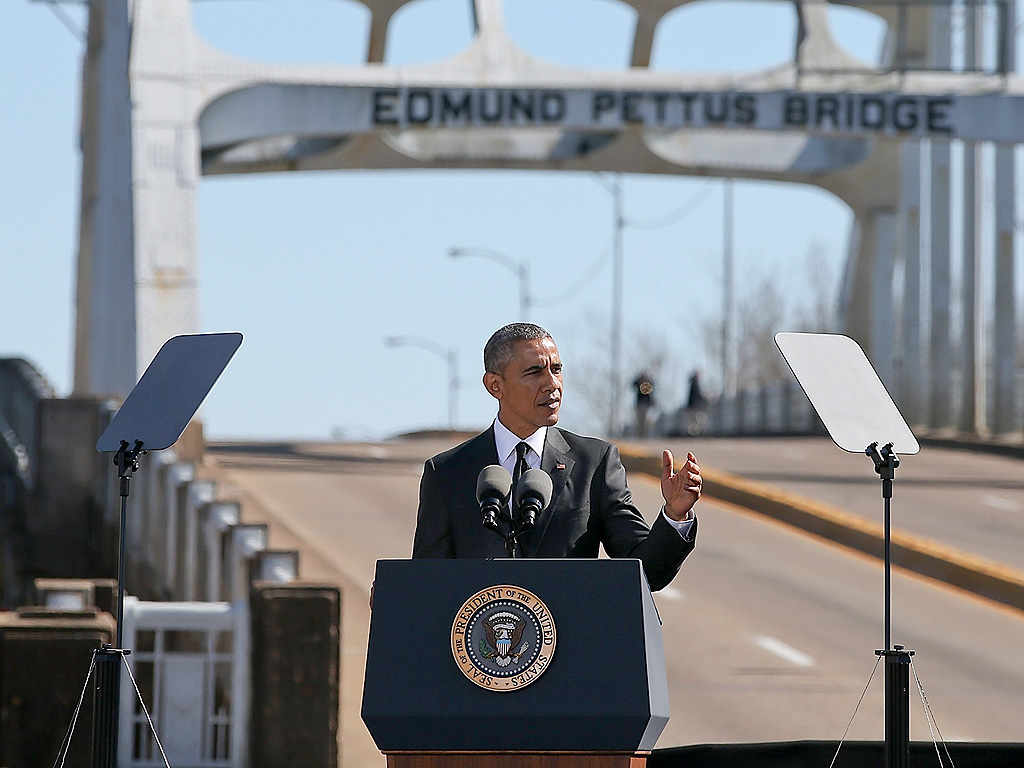 Yesterday’s 50th anniversary commemoration of the historic civil rights march across the Edmund Pettus Bridge in Selma comes at a time when almost half of all Americans (45 percent) say race relations under President Obama have not changed.

The irony was uncanny as America’s first black president spoke to thousands of revelers at the site where fifty years ago peaceful marchers were beaten with clubs and tear gas by Alabama troopers on their way to the state capitol in Montgomery to demand equal voting rights.

While the president said America has accomplished much regarding civil rights and race relations over the past five decades, there is still a lot of work to be done, especially when it comes to voter turnout.

“What is our excuse today for not voting?” said the president.  “How do we so casually discard the right for which so many fought? How do we so fully give away our power, our voice, in shaping America’s future?”

There’s no doubt that the average number of Americans voting is atrocious, although there are signs of improvement.  Voter turnout since a low of 49 percent in 1996 has increased over the last 20 years, with 57 percent of American voters casting ballots in 2008, coincidentally, the year when Obama was first elected to office.

Many Americans have watched recent events unfold on TV and online, whether it’s Israel’s Prime Minister Benjamin Netanyahu speaking before Congress about U.S.-Iranian relations, to the GOP leadership absent from yesterday’s anniversary march in Selma, to Ferguson, Missouri, which prompted national outrage after a police officer shot and killed a black teenager last summer.

The president is right when he said that America always is evolving.  It’s a place where constituencies with opposite opinions converge to debate the future direction of the country, even though at times it gets messy and lives are lost.

America’s ongoing struggle in its pursuit of freedom and prosperity for its citizens should not be taken in vain.  So we may want to think twice about the power of one vote and how it can change or influence the future direction of a country and its aspirations.