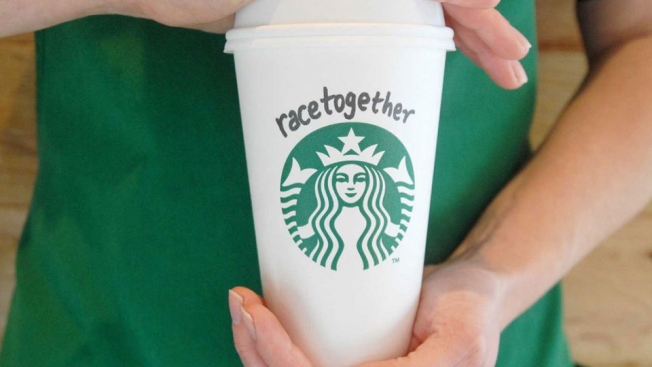 A visit to Starbucks’ website makes clear that the company is all in regarding its “Race Together” campaign, which basically gives its baristas the option to engage patrons about conversations on racism in America.

The Seattle-based company and its chief spokesperson CEO Howard Schultz received a ton of backlash when the co-initiative with USA Today was announced last week, as a majority of customers do not necessarily like the idea of talking about race when getting their morning cup of joe.

No stranger to tacking social issues here and abroad, Schultz’s latest plan is coming at a time when race relations in America is reaching a boiling point, as recent events in Ferguson and New York only have fueled the fire.

But Schultz may be on to something big. While 45 percent of Americans say the country has made “a lot” of progress in the past 50 years toward racial equality, according to data from the Pew Research Center, half say “a lot” more needs to be done.

Getting buy in on “Race Matters” is no easy task.  While many pundits and consumers alike say conversations will not lead to any real change, many believe it’s a good place to start.  And what better place to have those conversations than coffee shops as ubiquitous as Starbucks, where millions of people meet daily to talk about business, life and everything in between.

While corporate social responsibility is mandatory for today’s companies, brand perception is crucial, especially for publicly traded companies such as Starbucks.  But that has not affected the company thus far.  Starbucks (Nasdaq: SBUX) stock nearly doubled over the past two years closing $97.46 on Friday, March 20.

But dealing with a controversial issue such as race certainly can affect how people feel about the brand, ultimately impacting the company’s bottom line.   However, this may be exactly what Starbucks needs and ties into its mission of nurturing and inspiring the human spirit. Originally launched as cool and hip, the company has since gentrified itself as it amassed a massive market cap of $73 billion.

Kudos to the coffee chain’s chairman for taking the risk and the action needed to jump start change. Only time will tell if his strategy ultimately will work.  The problem is it may be just as long when Starbucks’ customers feel the same way.