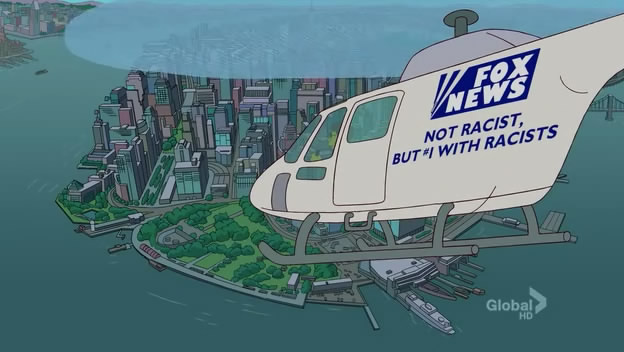 Fox News is number one.  Well, at least in ratings.  Rupert Murdoch’s news channel continues to lead all time slots among cable news stations followed by MSNBC and CNN, respectively.

Many news pundits see Fox as the Republican Party’s propaganda machine, just as MSNBC reports news and opinion from a liberal perspective.   This is not “new” news however.  The 24-hour news cycle has created very short attention spans among the general public clamoring for sensationalism while bypassing the hard facts.

What does Fox have that the other news networks don’t?  It’s probably Roger Ailes for starters.   The Fox news chief made headlines this week when he called NPR executives “Nazis” during an interview with The Daily Beast.   Ailes ripped the network for terminating news analyst Juan Williams after the seasoned conservative commentator made inflammatory remarks on Fox News about Muslims.

While Ailes later apologized to Jewish groups in a letter to the Anti-Defamation League, his comments made national headlines.  And it’s not just Fox News that’s generating press coverage.   Fox Broadcasting Company, Fox News’ parent, aired an episode of “The Simpsons” Sunday that parodied the recent midterm elections that was widely reported across many news outlets even on MSNBC.  The broadcast featured a Fox News interview segment favoring GOP candidate Krusty the Clown against a Democratic challenger.

Sunday’s episode also showed a Fox News helicopter with the tagline, “Not racist, but #1 with racists.”  No doubt this is funny stuff.  That’s why “The Simpsons” has been on television for more than 20 years.  Fox has taken such liberties before in poking fun of itself.  It remains unclear however whether this is a ploy to make news or just funny entertainment.

Either way, conflict and controversy are main drivers of news. That’s why Fox and MSNBC lead the cable ratings ahead of CNN with their opinion-based commentary.  The Atlanta-based news network has worked hard to keep its integrity only to suffer in ratings as a result of this new media landscape.   Now with Comcast’s purchase of NBC Universal very likely, which includes MSNBC, the number two cable news station may be amping up its rhetoric to catch Fox in the ratings.

The bottom line is there may never be a time again when people will be interested in “just the facts” news unless there is another war or human tragedy.  But that news gets old too, even though it may have happened within the last 24 hours.