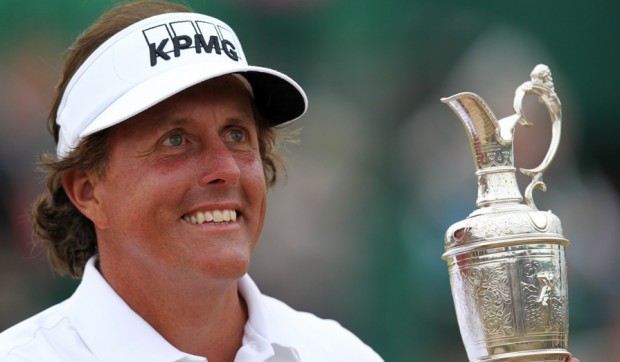 Phil Mickelson’s squeaky clean image has come under scrutiny as the golf hall of famer is confronted with accusations of insider trading that may jeopardize lucrative endorsement deals that earn him nearly $30 million annually.

The four-time major champion along with Las Vegas gambler William T. Walters have been named in an F.B.I. investigation citing the two may have acted on information given to them by activist investor Carl Icahn about his planned takeover bid of Clorox in 2011.Needless to say, Icahn’s takeover bid failed, but both Mickelson and Walters apparently traded Clorox shares during the time of the takeover attempt.  Whether or not Icahn breached any fiduciary duty to his own investors remains unclear, published reports indicate that Mickelson and Walters appear to have done nothing illegal. Any publicity is never good publicity. Look at what scandals did to Tiger Woods and celebrity chef Paula Deen, although both seem to be on the turnaround.  Marital troubles and a racist remark that may have been taken out of context created a firestorm of bad press that sent sponsors fleeing.While Mickelson and Walters deny any wrongdoing, just the association linked to a scandal can raise an eyebrow or two.  For the pro golfer, however, a sign of humanity pitted against a near perfect perception actually may not be a bad thing after all.Consider the fact that most Americans love a comeback, especially someone they can identify with whom may have gone through some kind of misfortune.  Even voters have changed their image of the perfect candidate, finally realizing politicians are just imperfect human beings.A journey through the proverbial abyss not only builds character, but makes for a slightly better story.  And for Mickelson, that could mean even more sponsorship deals.