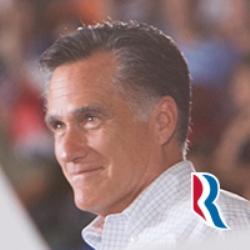 The national media spotlight turned on the NFL this week as replacement referees botched a call on “Monday Night Football,” which led to a heartbreaking Green Bay Packer loss.  Needless to say that call ended a four-month lockout between the league’s regular officials and its commissioner, Roger Goodell, who apologized to the fans for “replacement” calls since the 2012-2013 season began on September 5.

It’s hard to say if the NFL would have come to an agreement with the locked out referees without the media hoopla.  Last Monday night’s televised debacle however was a defining moment for regular officials, demonstrating their case that they are the best men for the job.

Former Governor Mitt Romney needs to show he’s the best choice for president, although the GOP nominee thus far has failed to create a compelling argument among American voters.

Romney needs a pivotal campaign moment, just as the NFL referees used a botched call as leverage to help cut a deal with the league’s commissioner.  His last hope may be at this week’s upcoming presidential debate, where both candidates will square off on national television.  No easy task given the president’s strong debating skills and his ability to articulate a clear, concise message.

The problem is Romney’s message lacks clarity.  Myriad talking points and a few campaign mishaps have created a confusing platform for the Republican hopeful, perplexing voters.  He’s also behind in the polls after a solid performance at his party’s national convention a few weeks ago.

Time is running out for Romney.  His insistence on trying to appease both the right and left to center political spectrums positioned him as a flip-flopper.  Americans want their elected officials to have conviction in their belief systems, even if they don’t always agree with a candidate’s issue platform.

Romney needs to set the record straight and tell the American people exactly what he believes and what he does not.  Too many talking points only confuse voters and waters down the message.  This is rule No. 1 when it comes to public speaking.  Keep it simple.  For example, Romney should pick three key issues important to the American people:  1) the economy; 2) the economy; and 3) the economy.  While this no gut no glory strategy may not get him elected, he’ll at least be a better candidate.