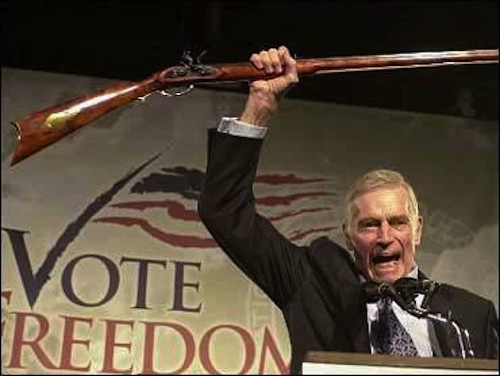 Vice President Joe Biden concluded meetings this week with organizations ranging from the NRA to electronic game makers to help define an effective gun control platform, while the fallout from the Newtown tragedy continues to drive the debate on second amendment rights.

Even though the NRA was slow to provide commentary on the Sandy Hook Elementary School killings, suggesting an armed cop at every school, the American gun lobby has been pushing the argument towards mental health.

No doubt psychological illness is a key factor in these types of mass killings.  Whether or not the vice president will present this aspect in his taskforce recommendations is unclear, although background checks and an assault weapons ban are likely components.

This position obvioulsy doesn’t sit well with the NRA’s president, David Keene, who has been adamant about fighting tooth and nail any pull back on the sale of assault rifles, which continues to feed into the association’s image as being “out of touch” and “too right wing.”

The fact remains the NRA is a lobby organization representing gun sellers and gun owners.  Even though it has an opportunity to improve its perception among the general public, the NRA’s only responsibility is to its members and mostly likely will not alter its position.

Clearly this becomes a missed opportunity for the NRA.  While the current GOP-dominated House of Representatives can give the gun lobby a little more leeway, public outrage may prompt Congress to take aggressive action against assault rifles.

So, it’s important for the NRA to tread carefully in the next few weeks.  The American people want answers and a fix to these senseless tragedies, even though there may never be any real solution to this growing phenomenon.  Nevertheless, the NRA is in a unique position to foster real change, whether it follows that that road is up to its leadership.  Consensus says its business as usual.