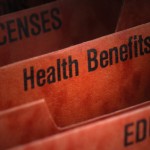 Passage of a healthcare bill this fall seems to be a lofty goal set by President Obama.  Funding a national healthcare plan right now seems even more out of  sync given the nation’s downed economy and trillion dollar budget deficit.

Politicians and advocates for decades having been talking about reforming healthcare. The most recent failure to pass a nationwide plan ironically was 17 years ago during the Clinton administration. Remember the brouhaha with Hillary?

Now more than ever Congress can find reasons not to pass a healthcare bill. Timing is at its worst. So why will healthcare reform work this time?

Just as the U.S. works to rebuild its economy from the ground up, what better time than the present to fix other areas of the nation’s ills such as healthcare. The Obama administration is using this same strategy to address energy policy.

Whether the strategy will work remains to be seen. Politics and political party no doubt will play a decisive role in the healthcare debate — which may very well be the single reason why a national bill has not been passed in more than 50 years.