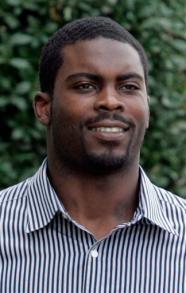 The NFL is no stranger to controversy.  Numerous pro football players have had their fair share of run-ins with law.  Vick’s indiscretions continue to make it hard for the NFL to shake its negative stereotypical image.

Goodell walked a tightrope by setting a strong example but also opened the door for Vick’s reentry into the league.  Even though lots of teams across the NFL have no interest in signing Vick, it’s hard to imagine this former $130 million player won’t get signed again.

Vick paid his debt to society. Eighteen months of his prison sentence were spent at Leavenworth penitentiary in Virginia.  Some however feel he hasn’t suffered enough.  Organizations such as PETA may demand much more from Vick other than photo opportunities and public service announcements.

The ball is in Vick’s court.  He has been given a window of opportunity.  But for some in the NFL, failure is not an option.  Much is riding on Vick’s turnaround especially millions of marketing dollars.  Many also are sitting on the preverbal sidelines waiting to see what’s next.  For the moment, it’s bankruptcy.