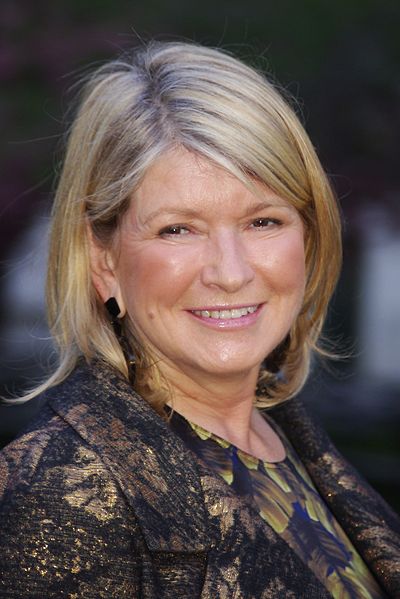 Martha Stewart can run a successful company, make a mouth-watering meal and redecorate any living room with just the right flair, but can’t take a picture to save her life.  At least that’s what the online buzz is saying after the domestic diva tweeted a photo of an iceberg lettuce wedge covered in Russian dressing with the text, “Perfect salad for the onion soup lunch.”

While the salad may have tasted out of this world, the photo made it seem like it came from another galaxy, some kind of alien delicacy.  The responses have not been kind to say the least, downright nasty at times, criticizing Stewart’s past photos as well.

While Stewart acknowledged “some buzz about my food pics,” she doesn’t see a problem.  Some of her followers have even rallied to her side.  Still, like all good social media fodder, the tweet leaked to mainstream press, appearing in the Huffington Post among other news outlets too.

No doubt celebrities make news for even the most mundane tasks.  We’ve seen mobs of paparazzi stand outside Hollywood retail boutiques for hours just waiting to get a glimpse of reality TV star Kim Kardashian.

Much of what gets posted on Twitter these days centers on passing along as breaking news, according to an analysis of major events by the Pew Research Center, which also said in a new poll that 8 percent of Americans get their news from Twitter.

It’s unlikely that Martha Stewarts’s tweet fits in the realm of a major news event, but maybe it is of some interest to those following her as well as the entertainment industry.  Heck, it made national headlines.  Regardless, Stewart is all about style and perfection and this latest post certainly doesn’t fit her brand profile.

More people are using Twitter to get news and information.  The company’s successful IPO verifies this notion.  For Stewart, this latest tweet maybe a tiny blemish on an overall fairly pristine brand.  Just knowing that the next tweet can make national headlines, however, should make any celebrity or high-profile pundit stop and ponder the not-so-old adage: think before you tweet.