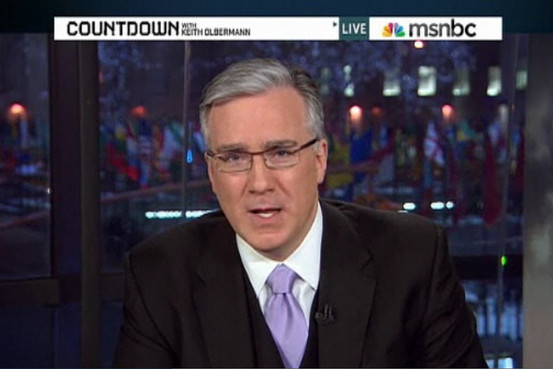 It would be hard to miss the headlines these days about Keith Olberman, the former controversial MSNBC talk show host of “Countdown,” who was fired from his recent gig at Current TV just months after his new contract began because he did not respect the network’s values.

The former NBC anchor is suing Current TV for breach of contract, speaking publicly about the start-up network’s shoddy production, even appearing on “The Late Show with Dave Letterman,” jokingly referring to himself as a $10 million chandelier without the appropriate house to put it in.

Current TV’s founders Al Gore and legal entrepreneur Joel Hyatt now have filed a countersuit against Olberman, saying the network had every right to fire Olberman from his $50-million deal because of “utter disregard” of his contract.

It’s no secret that Olberman has a rocky past with former employers and insiders claim he’s sort of the bad boy of network television.  Be that as it may, Olberman helped put MSNBC on the map as the voice of the political left, giving Fox’s rightwing slant a run for its money.

Media reports however say viewers are tired of Olberman and want the former TV personality to just go away, something he should seriously consider as he contemplates his next job and continues his public assault on Current TV.

But Olberman is just that, A TV personality, one that yields a huge salary not to mention national headlines.  News is driven by conflict and controversy, and everyone loves a good fight, especially in the court of public opinion.

Olberman can use his bully pulpit to air his differences but it may be counterproductive.  Right now, he needs to take a back seat and fight his battles in a court of law. Otherwise he may burn out like Peter Finch’s fictional character Howard Beale in the academy award-winning film “Network.”