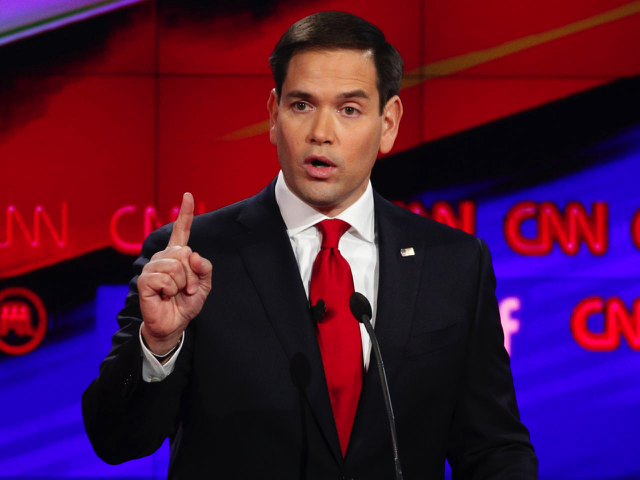 Some are born with it. Others practice a lot. Establishing a visceral connection with an intended audience is paramount to the success of any public speaker.

Watching the 2016 presidential debates can be good lessons learned when it comes to public speaking in corporate life. A schmorgesborg of styles are hitting the TV airwaves among the candidates of both parties. Some are slow talkers, others quick, and some are just loud.

So what about being too polished? Could that be a bad thing? We train corporate spokespeople to take command of the issues and the stage. In other words, teach them to come across poised, and yes, polished too. Apparently that is a bad thing, at least when it comes to politics.

It was a surprise to many PR folks that GOP candidate Sen. Marco Rubio was criticized for being too eloquent of a speaker. Some likely voters used the word “robotic” to describe the Florida junior senator. Even the New York Timesacknowledged this trait in a recent op-ed titled, “Marco Rubio Is Robotic, but Not Out of It.” Many other media outlets reported on Rubio’s mechanical demeanor as well.

It’s easy to understand that not having a “connection” with an audience can be detrimental. One example of a flawless presenter is Joel Osteen. Watching the pastor deliver a sermon to the thousands in attendance of his Texas-based Lakewood Church is quite amazing.

It really boils down to authenticity, or in other words, being real. Mostly all communications, especially via social media and video, is about delivering a message that directly speaks to is intended audience. That’s the key to success for so many viral videos and posts.

Effective public speaking—to customers, investors and other corporate audiences—certainly can help business careers. A Harris survey on behalf of cloud-based presentation platform company Prezi reported that 70 percent of employed Americans who give presentations agree that presentation skills are critical to their success at work. Coincidentally, 75% of the presenters surveyed indicated that they would like to improve their presentation skills.

The work never ends, and we all agree that practice makes perfect. For Marco Rubio, he has acknowledged his machinelike nature and plans on being more “real” among likely voters. Ironically, this level of skill may require less rehearsing and more speaking “off the cuff,” which may present its own set of problems.