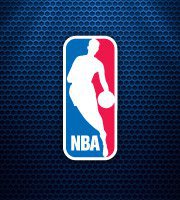 Basketball fans are relieved to know that this year’s NBA season will officially begin on December 25, 2011.

Players and owners have been in a lockout for 149 days, finally agreeing on a 66-game season, 16 short of the full 82-game schedule.

Basketball had its ups and downs over the years, so this latest escapade is nothing new.   While players and owners usually argue about money, fans however always seem to bear the brunt of the league’s actions.

Nobody is denying anyone’s right to a fair wage, but with players’ average salary of about $5 million, it’s hard to feel any sympathy as the U.S. struggles with a downed economy and high unemployment.   Coaches don’t do that bad either averaging more than $3 million annually.   And it appears that the owners will be making more money with the NBA’s new contract.

Other than financial losses, the NBA brand suffered very little damage over the last several months.  It’s probably because sports fans are paying more attention to the NFL than realizing that basketball has been non-existent for the past several weeks.

Will the NBA and basketball recover?  Of course it will.  Fans love their sports.  Baseball recovered from its disastrous 1994/1995 season, which led to the cancellation of the 1994 MLB World Series. Meanwhile, the NFL just dodged a bullet earlier this year as owners and players agreed on a deal ending football’s four-month lockout.

While the NBA brand is very strong, how does the league treat its customers, the fans?   One would assume that customers are not happy.  How can NBA fans getter a better product at a lower cost?  They probably can’t.  The NBA has a basketball monopoly on the world’s best players, top franchises, not to mention lucrative TV deals.  The end result is higher ticket and hotdog prices.  Although ‘Occupy Basketball’ may be a growing movement among fans and possibly spearheading major changes in the seasons ahead.