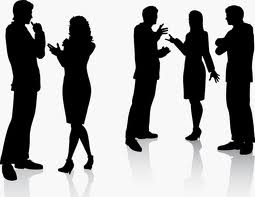 This blogger over the years has had several conversations with Stuart about the importance of public relations (PR) long before this recent column, prompting the need for more coverage on the industry since it has become more integral into the overall marketing efforts of brands and organizations.

The existing definition, “public relations helps an organization and its publics adapt mutually to each other,” has been around for nearly 30 years.  You’d be surprised at a few of the suggested changes being floated around, some worse than others.

Quite frankly, nothing has changed.  Public relations still helps organizations “talk” to their constituencies.  The only real change is the way these organizations communicate with key audiences since the rise of the Internet.  Social media is just a new vehicle or another medium, whether it’s a brand interacting with consumers, a business-to-business organization talking with customers or even a publicly traded company communicating with investors.

All this chatter about a definition change ironically is good publicity for public relations, which has gotten a bad rap now and then.  The word “spin” has a negative connation and often is incorrectly used to help explain PR, which is only a small component of the broader discipline, although there may be no denying some truth to the negative sentiment.

Explaining public relations to those that don’t really understand it always has been a challenge, whether educating a family member or even a new business prospect.   It’s very complicated to say the least and probably more art than science, not to mention nerve-racking. Coincidentally, public relations continually ranks high in surveys about the most stressful careers.

Selling PR to prospective clients may be a little easier as more people engage in the discussion about a definition change. The reality however is that people are talking about PR and for the public relations industry that’s a job well done.