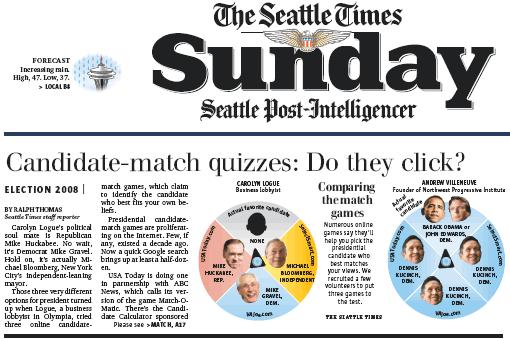 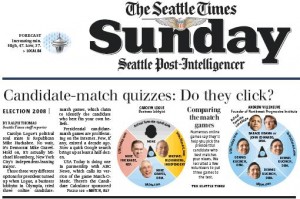 The Seattle Times may have comprised its integrity by running ads supporting GOP gubernatorial candidate Rob McKenna and a statewide referendum to legalize gay marriage.

The initiative by the newspaper’s parent company has caused an uproar among the publication’s editorial staff.  More than 100 Seattle Times’ reporters, columnists, photographers, editors, artists, and online news producers, have sent a signed letter to the company’s publisher Frank Blethan outlining their frustration, saying the move compromises the paper’s “credibility and integrity.”

Newspapers have to find relevance in today’s Internet-driven news cycle, a key reason why The Seattle Times Company chose to embrace this experimental, yet controversial advertising model.   Print journalism continues to decline as more media outlets move to a digital platform.  In fact, just this week Newsweek announced after 80 years it will no longer use print to deliver news starting next year.

Brand equity is one key advantage newspapers can leverage in today’s digital world.  Mostly everything a print newspaper does won’t change except the way and frequency news is delivered.  Newsweek for example will report news in the same style and perspective it has done over the past 80 years, aside from any content changes Editor Tina Brown may choose to implement, which is another story entirely.

Newsweek is an 80-year-old brand with a global following.  Marketing the weekly periodical online however may create new challenges, including finding successful advertising and subscription models that compare in revenue with its print edition.

Successful print publications with strong brands and loyal readership bases will win the day among the plethora of free-wielding, Web-based news sources.  The Seattle Times has been around for more than 100 years, so folks in the Pacific Northwest know where to get their unbiased local news, at least until now.

While it’s unclear whether the Times’ new revenue generating strategy will endure, no doubt it certainly will affect the paper’s brand as “the Northwest’s most trusted source of local news and information.”