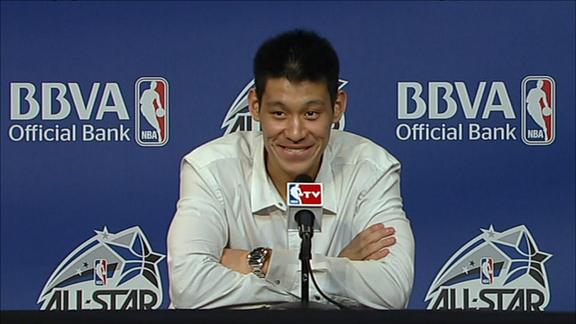 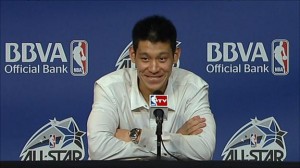 There’s been a lot of media and fan fuss lately around Asian-American New York Knick point guard Jeremy Lin, who’s recent catapult to national stardom was not only caused by his good play but his Taiwanese-Chinese heritage.

Asian-American basketball stars are rare in the NBA.  That’s what makes Lin an anomaly and viable publicity opportunity for major sporting brands.  The question marketers are asking themselves is if Jeremy Lin has the right stuff to become a national spokesperson.

Some headlines however have been racially insensitive.  ESPN ran its infamous “Chink in the Armor” headline after Lin committed nine turnovers during a New York Knick loss to the New Orleans Hornets, which led to the firing of Editor Anthony Federico.  On the flipside of losing, the New York Post put “AMASIAN” on its sports cover page after Lin’s game-winning shot in Toronto, while the MSG Network ran a graphic with a cutout of Lin’s face superimposed over an opened fortune cookie titled “The Knicks Good Fortune.”

Any communications professional will tell you that any publicity is NOT good publicity. However, media beget media, and stereotypical headlines for Lin may be a good thing, keeping his name in the press limelight, further enhancing his new found celebrity.

The next step is how Lin can leverage the media buzz to his advantage, hopefully helping secure a new basketball contract and sweet endorsement deals.  But that’s up to Jeremy Lin. The Harvard graduate may just want to play basketball and enjoy his “15 minutes” until the next media phenomenon hits the headlines.