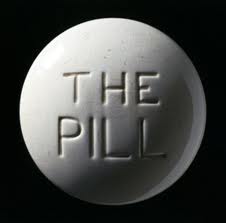 The 2012 presidential election slipped into second gear this week when the Obama Administration pushed up a decision to provide free preventive care for women, which includes contraceptive services as well as mammograms and regular check-ups.

The initial rule, proposed last month by The Department of Health and Human Services, was supposed to serve as some sort of multi-month trial balloon before a final ruling was made.  Rather, it ignited a firestorm of pushback from the GOP and some Catholic-based organizations including the U.S. Conference of Catholic Bishops.

President Obama’s new requirement still offers preventive care to women at no charge, but puts faith-based organizations that provide health insurance off the hook, and places the onus on insurance companies.

This may be a thorny issue for Obama in the upcoming election, especially since this rule is part of the Affordable Care Act, which was passed in 2010 by a Democratic-controlled Congress, resulting in the GOP vowing to overthrow the legislation, which goes into full effect in 2014.

The president is right to get out in front and defuse the issue on the new rule, which does have the support of several Catholic charities as well as the Catholic Health Association.  Nevertheless, “Obama Care” still provides ammunition to the GOP and the fight to repeal the Affordable Care Act will likely continue in the many months ahead.