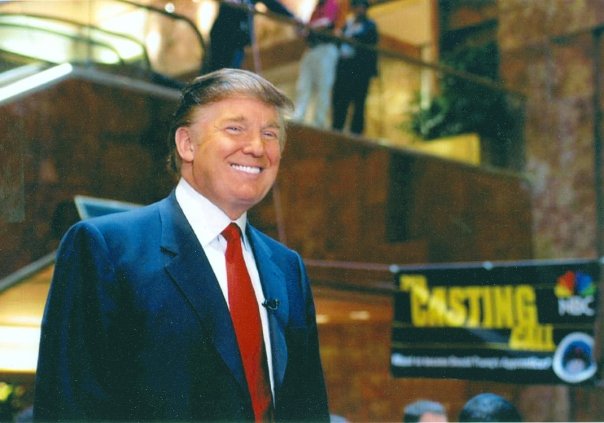 A look at this morning’s interview on CNN’s “State of the Union with Candy Crowley,” one can get a glimpse of Donald Trump, candidate for president.

While the “Don’s” credibility to be president rings similar to former Alaska governor  Sarah Palin’s quest for the White House, no one can deny Trump’s ability to make news.   During the ten or so minutes of the aired interview, Republican Trump reignited the issue surrounding President Obama’s American citizenship.

Even though the issue has gone and went, both the GOP and Tea Party continue to hammer away at it in advance of the 2012 elections.   Trump said himself that his focus should be on the economy, but still couldn’t steer away from the topic.

No doubt Trump is clamoring for headlines.  Like Palin, many watch and listen to see what Trump is going to say or do next.  No wonder why millions of viewers tune in each week to watch the boardroom drama play out during Trump’s hit show, “The Celebrity Apprentice.”

Headlines for the most part are not enough to win elections.  Americans want their presidents to be “presidential.”  Even though candidates are imperfect people like everyone else, the office of the president is definitely apparitional.

It’s really a matter of opinion if Donald Trump is presidential material.  His outspoken nature may be a hindrance to his chances of receiving the GOP nomination, let alone winning the general election.  He does have fans however, 218,395 on Facebook to be exact, although this pales in comparison to Palin’s 2,872,937.

Gritty, hardnosed and a shoot from the hip commentary style are some of Donald Trump’s attributes.  While these qualities can be helpful to running a business in the private sector, politics is an entirely different animal.  Former New York City mayor Rudy Giuliani, for instance, shares a very similar style to Trump.  While Giuliani is considered a good administrator however, he’s been unsuccessful at achieving higher office, losing badly in the 2008 GOP primaries.

Every person has the right to seek public office and it’s up to the American voters to choose the best candidate.  Kudos to Donald Trump for putting his hat in the proverbial ring of politics.   We’ll just have to tune in next week to see what happens next.