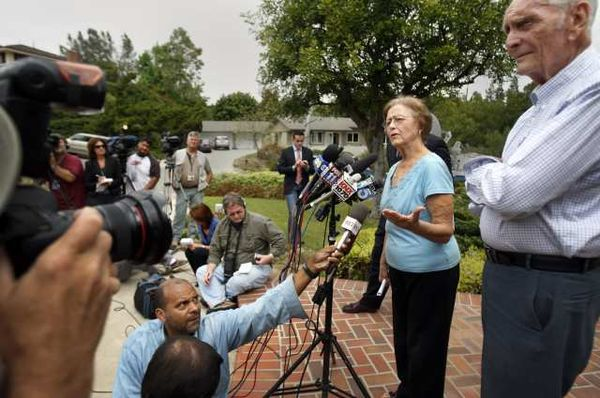 Time and again people underestimate the power of the Internet.  Social media and the pervasive use of video make it very easy for online content to spread like wildfire.

E-mail and texting also ring true to this phenomenon.  Just this week Marilyn Davenport, a local Orange County, California GOP official, became national news as she sent a blast e-mail depicting President Obama and his parents as apes using the tagline, “Now you know why — No birth certificate!”

Earlier this year, Representative Chris Lee (R-Buffalo) also made national headlines when he texted a shirtless photo of himself to a woman he met on Craigslist.  The married, two-term congressman abruptly resigned after the story broke on the Gawker web site.

It’s understandable for anyone to forget how easily a video, e-mail or text can spread across the online universe.  Billions of e-mails are sent daily across the globe.  Not all are professional and many carry unsavory content or crude jokes aimed at generating a laugh or giggle.

The general rule for e-mailing is simple.  Think first, but think big.  Before sending, imagine the e-mail is going to 1,000 people or being read on the evening news.  While this may sound extreme, creating some kind of filter is good policy for preventing a potential disastrous snafu.

While this may not be relevant for the average person, it is an important rule to follow for corporate executives and public officials.  These high profile figures always are under scrutiny from constituencies and media.  As ‘gotcha journalism’ and the 24/7 news cycle become mainstay in the new media landscape, press are on the lookout for sensational story lines.  A racially charged e-mail from a public official no doubt is fodder for a media firestorm.

Putting the cat back in the proverbial bag is close to impossible once the news is out.  The next phase is damage control.  Statements and press conferences can help clear the air or possibly insight more coverage.  Party officials are still calling for Davenport’s ouster even after her press conference, where she offered a quasi-apology to the president saying it was unwise to send the e-mail.  Davenport is not resigning, yet.

The purpose of social media ironically is for users to be able to share and engage with each other in a robust platform.  The lesson here is that at any time, an innocent e-mail, text or video can become a live wire, so just think before sending.