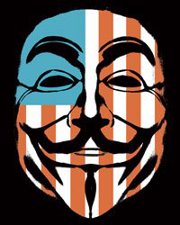 Consumer outrage at large banks has never been greater. “Bank fatigue” is causing customers at large financial institutions to move their business to smaller, community banks and credit unions.

The frustration came to a head last October when Bank of America (BofA) said it would charge customers five bucks to use its debit card.  The bank’s action prompted a sequence of media charged consumer protests, ranging from Bank Transfer Day to ‘Occupy’ demonstrations across the country.

More than $4B was pulled out of big banks last October alone, although some of the spin from banking executives said this massive withdrawal actually helped larger financial institutions “trim” less profitable accounts.

No business likes to lose customers and big banks have a larger problem on their hands.  Customers will likely continue to move away from bigger financial institutions in search of more customer friendly service usually found at smaller community banks.

Today’s New York Times lead business story titled, “The Image Officer with a Lot to Fix,” explains the challenges ahead for Bank of America, which has become the quintessential “poster child” for what’s wrong with the financial industry and the disconnect between Wall Street and the remaining 99 percent.

Many big banks like BofA have been offering special incentives and using advertising to tout their commitment to  customer service.  Consumers are not buying it at the moment and continue to flock to smaller banks and credit unions that are offering free checking and one-on-one service.  Some smaller banks even give customers access to a national network of thousands of branches and free ATMs, making them more competitive with bigger financial institutions.

Big banks must demonstrate their value proposition to individuals and small business customers and that they truly care about their interests.  Talk can only go so far because with all crisis plans, the proof is in the proverbial pudding.  Big banks will have a tough time however reaching its key audiences as they work against a volatile media climate and growing anti-Wall Street sentiment.

The road undoubtedly will get worse before it gets better and with a presidential election looming, the fight just may be getting started.