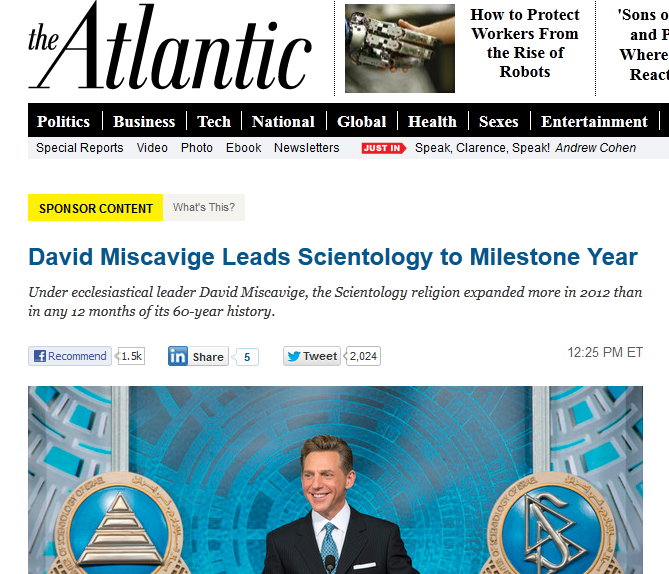 For online news outlets, native advertising is emerging as a solution in today’s Internet-based media landscape. These sponsored ads, otherwise known as advertorials, are written as news stories, favorably positioning the advertiser.

According to the Pew Research Center’s State of the Media 2014, the number of these types of ads will increase this year, as prestigious new organizations like the New York Times, Washington Post and Wall Street Journal, and others, have at least begun the process to implement sponsored content, which is expected to generate $2.29 billion in 2014, says eMarketer.

More of these “ads” are popping up in financial broadcast outlets since the SEC last year lifted its ban on alternative investment vehicles advertising to the general public as amendments to Rule 506 of Regulation D mandated by the JOBS Act.

Facebook has mastered the art of sponsored content with its “suggested posts” that pop up in news feeds.  These posts are meant to look and feel like generic updates from friends and not by advertisers because the ad content is selected based on user preferences. For example, if a person likes car racing, he or she may receive posts pertaining to an automotive manufacturer or retailer.

The concept is not new.  For years, advertorials appeared in news magazines and newspapers with the corresponding phrase, “special advertising supplement,” alerting readers that the content is an advertisement, although sometimes the ads slip by as editorial content.

The proverbial jury is still out, however. While many publishers have expressed concern over using sponsored content, including the Wall Street Journal’s Chief Editor Gerard Baker calling it a “Faustian pact,” the reality is that sponsored advertising is a necessary evil and a good solution for today’s media outlets, even though it may come disguised as an unbiased news story.